Saturday; after the first match of 2018, I received my awards from the 2017 season. Alas, I slipped a little and came in fourth. I held third place for 2015 and 2016. This is not what angers me though. Compare last year’s certificate with the one from 2016. 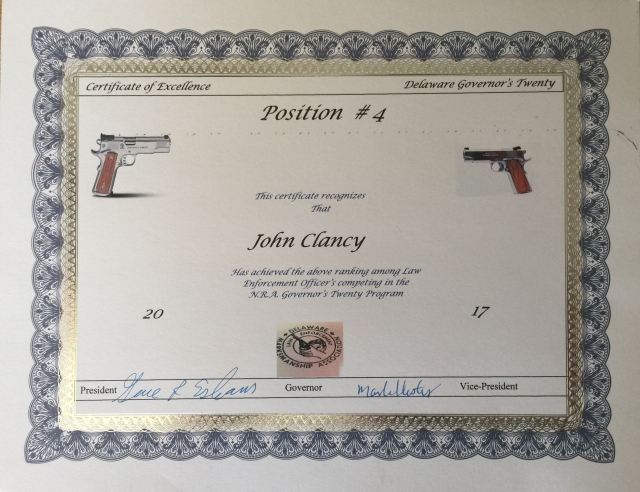 The 2016 year’s award; as well as every other DLEMA award I won in previous years, was signed by the Governor of the State of Delaware. This is the Governor’s Twenty competition! It has been explained that the Governor will not endorse anything that has NRA on it. The NRA coordinates the police competitions in each state. Apparently the Governor does not realize that the NRA’s membership is comprised of US citizens. The pesky thing about citizens… we vote.