Memorial Day weekend means a military rifle match is in order. Again I took my 1942 Swiss K31 rifle to the wilds of Bucks County, PA to test my skill. 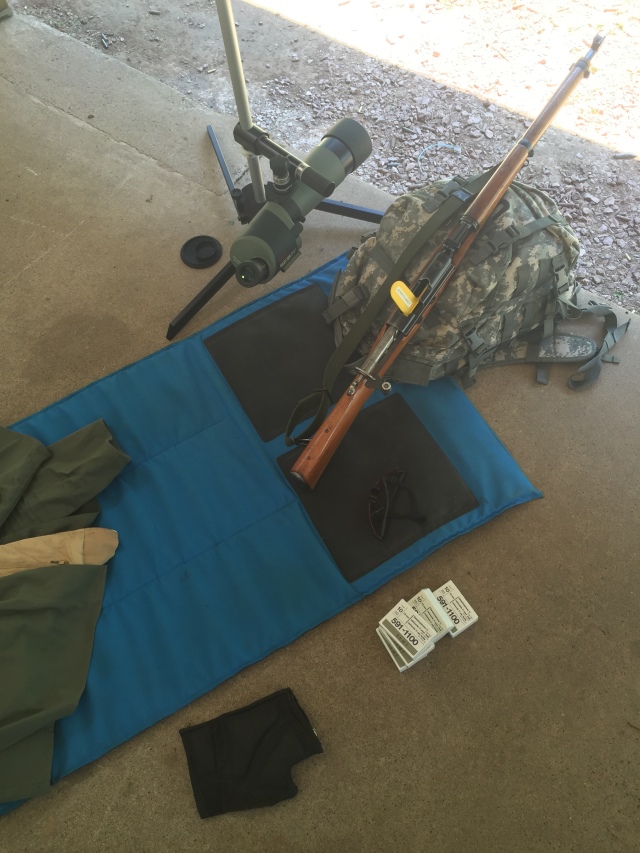 The match commenced as always with the Obligatorisch. Fired in two stages, this is the Swiss Army qualifier. If you do not qualify, nothing in any subsequent matches during the year counts! The first half is five rounds slow fire at the round A5 target.

The second half of the Obligatorisch is fired on the dreaded B4 camouflaged silhouette target. Five rounds slow fire followed by 2 rounds in 20 seconds. After this is 3 rounds in 30 seconds and then 5 rounds in 60 seconds. Sounds easy? Don’t bet on it! I finished with a 71 out of a possible 85 points. I can rest easy now that I am assured that all shots fired from now on will count for record.

Next up is the Feldschiessen. Again fired on two targets, both being the B4. Similar to the second part of the Obligatorisch, it gets faster as it progresses. Target one starts with 6 rounds slow fire followed by three rounds  timed fire. 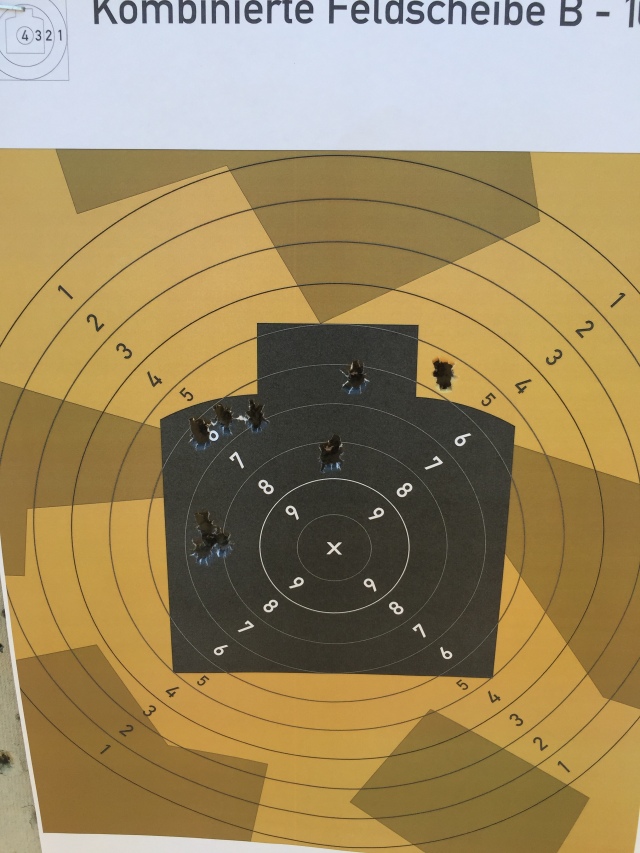 The Feldschiessen is finished on the second B4 target. Three rounds timed fire followed by a final six in rapid fire. Point values on the B4 targets are illustrated in the upper left corner of the target. My score for record today was a 60 out of a possible 72 points. This assures me of a silver medal at the end of the season. A gold medal is issued to the highest score in the Feldschiessen. More opportunities lay ahead to bag that prize! 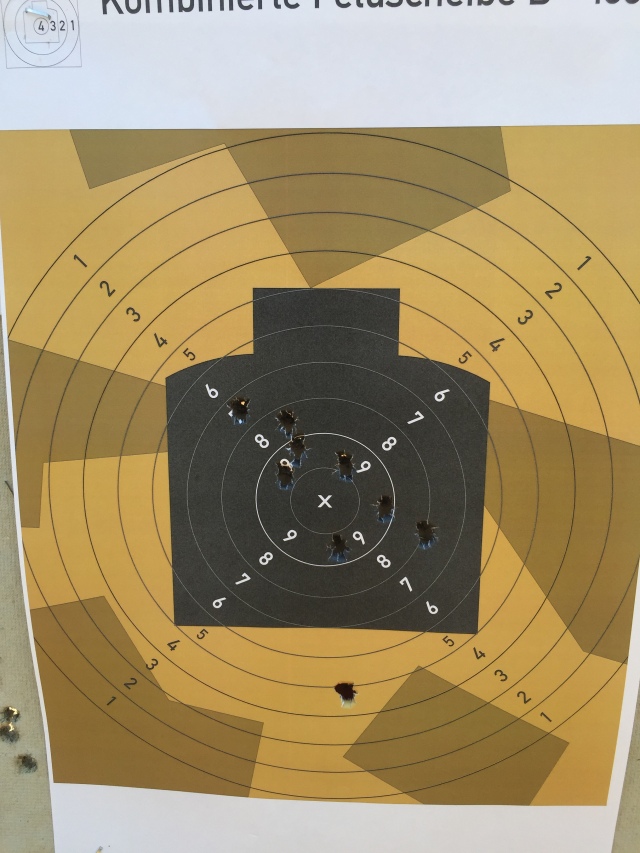 Last match for today was the Einselwettschiessen. Ten rounds fired slow fire on the A10 target. The A10 and the A5 targets are the same just scored different. The A5 uses the red scoring rings numbered 1 to 5. The A10 uses the black rings from 1 to 10. Tired and overheated, I got sloppy towards the end. So did my neighbor as he mistakenly cross fired one round onto my target. With eleven bullet holes in my target, the rules state that I get the highest scoring ten shots recorded for score. Sixty-eight points out of a possible 100 is nowhere close to earning an award. To date, the Einselwettschiessen medal has continued to elude my grasp.

An instance of interest to Swiss rifle shooters, one competitor shot the match using a DSA built PE57. A semi-auto variant of the Swiss Stgw 57, it is a rare and expensive rifle. After the match, the owner let me fire a few rounds through it. A brute to manipulate, it was comfortable to shoot!